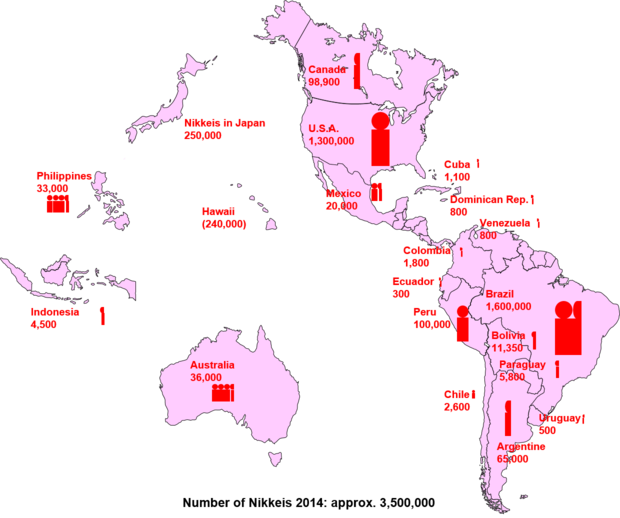 To indulge my ongoing interest in perfectible reproduction, this post focuses on the questions of blood, racial purity, and mestizaje—or the Portugese equivalent in Brazil. In the final chapter of Searching for Home, Daniel Linger suggests that Japanese Brazilians do not necessarily comprise a unitary “diaspora,” questioning the validity of “Japanese Brazilian” as a demographic category. In the author’s interview with César and Moacir, Moacir notes that he never passes as “Japanese” to Brazilians, or as “Brazilian” to Japanese; he seems, rather, to have been interpellated as “mestiço” or “Filipino” (Filipinos might be considered another form of “mestiço” in this context, given that they, like indigenous subjects, became subject to Latin American conquest in the colonial period). In expressing discomfort with his own racial ambiguity, Moacir even states that “I’m more Hitlerist, I don’t like mixing races. I don’t like it . . . I can’t say I wouldn’t ever drink from that well. But I do whatever possible to keep things this way” (207). Given Moacir’s discomfort with mixture and apparent sympathy for eugenic discourses of racial purity, I wonder: where does this concept of purity originate? From Japanese nationalist discourses transported across the Pacific? Or from the the historical genealogy of Portugese conquest? (In a Spanish colonial conquest, limpieza de sangre would have instituted Catholic notions of blood purity in the 16th century, but do its discourses have any kind of afterlife in the present?).

Linger, interestingly, also endows the Japanese race with a eugenic inflection, creating a dialectical opposition between Brazilian mixture and Japanese purity. As César notes, “what’s the Brazilian race today, it’s a mixture. So . . . this mixture of races will reach a point in, let’s say, two or three hundred years, then maybe you’ll have a Brazilian race. A color that’s more or less brown, a little dark” (206). To this comment, Linger responds that Nikkei Brazilians might then “disappear,” as Brazil’s multiracial future would annihilate the Japanese race. His response suggests that the latter cannot exist in a state of mixture, reinforcing eugenic fantasies of a purified “master” race. To extend my previous questions: what do we, as a seminar, make of this preoccupation with Japanese purity in a Latin American nationalist context of mestizaje? Rather than undermine the former, does the latter articulate a new eugenics model propelled by selective reproduction (for example, that encourages Asian-indigenous mixture but not necessarily Asian-black mixture)? As Foucault would observe, a single strategy of power can mobilize multiple and even contradictory discourses; the promotion of mixture does not necessarily preclude the promotion of purity.

[map of Japanese diasporas in the Americas and Pacific.]